How have you seen God moving in your life in 2019?

Years ago at another church, in another time, we used to sing a song called, “Look what the Lord has done”. It was a simple song just calling people to stop and acknowledge how good God has been to us. Our stories of God’s love, grace, and faithfulness have tremendous power. The Bible calls these stories testimonies. It even teaches that our testimonies are part of the one-two-punch that takes out our enemy! (Rev 12:11)

Our stories of God’s love, grace, and faithfulness have tremendous power.

The danger is that we can live our lives with demonstrations of miraculous power and love happening all around us and be totally unaware of how God is moving. Our church has grown to the point where we have to intentionally look beyond our sphere of influence and awareness to see all the wonderful things God is doing.

So let’s just take a look at a small sample of how God has shown Himself faithful and strong throughout Journey Church in 2019.

• One man in our church was told that there was a dangerous mass growing in his abdomen. The tests and scans all showed detailed proof, and the details didn’t look good. Cancer was being suggested and fear was beginning to knock at his door. We prayed after Sunday service and many others continued praying. When he went in for the surgery the doctors could find no mass, no tumor, not even a sign that anything had ever been there. It had been removed before the surgeon even had a chance to take it out!

• There is another story of a man who had lived far from God for many years, a slave to addiction and lies. He was in a very dangerous living situation and no one was able to locate him or contact him. His parents, who are a part of Journey, were calling hospitals and even the morgue trying to find their son. Our Real Life Group began to claim his life for God and call him back. God even woke me up in the middle of the night twice during that time, calling me to pray for him. A short time later, he was contacted and returned home. He now is completely clean. He loves God and he is serving others and helping them find freedom from the same types of addiction that once enslaved him! There is so much power in a testimony!

• One Sunday after second service, a woman and her husband came forward for prayer because they were told by their doctor that there appeared to be cancer growing in her body. We prayed and when she returned to the doctor…..no cancer! It was gone!

• There is a powerful story of one of our Elevate Youth girls who was dealing with a possible diagnosis of epilepsy from her doctor. She was taken by her dad across the country to see a leading specialist. Before she went we prayed one Sunday morning after service. What was the outcome? You guessed it, no epilepsy! Her doctor said, “Throw away your medication. You don’t need it anymore!”

• Even stories that may seem more simple and less dramatic are no less amazing! I can remember a man coming forward to be prayed for for terrible pain in his back. On a scale of 1 to 10 his pain was at a 9. When we were done praying his pain had gone down to a 1. No aspirin or ibuprofen has that kind of potency!

• Recently, one of our ministry leaders had gone to the emergency room with terrible abdominal pain. He was diagnosed with several kidney stones. He was checked in to the hospital where they could monitor him. The church prayed and during the time that he was checked in to the hospital the stones disappeared. They didn’t pass because the doctors were monitoring all of that. They simply disappeared. They were there when he checked in and then they were gone!

God is so good. He has been doing great things all year. This is only a small representation of the incredible things God has been doing. We are growing and moving forward in confidence and relationship with the God of the Universe, Who also happens to be our Father! As great as all of this is, it has just been a rehearsal for the epic revealing of the Kingdom of God that we will see as we move into the next year. Expect great things! Anticipate an unprecedented move of God! He wants to love this world through you and me and He has a miraculous way of doing that. We were made to confront the impossible with the limitless power and love of the Kingdom of God! 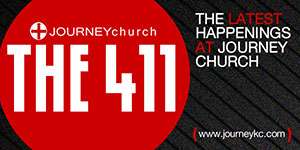